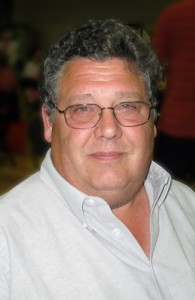 Bridge experience:
I learned bridge while watching my parents play rubber bridge with other bridge playing couples. I have been a member of the ACBL since 1973. My proudest achievement is making the finals in the Blue Ribbon pairs during the Providence NABC.

Career/professional activities:
I have work experience in the auto service industry and in retail book sales. However, my career was in the steel industry, working 25 years at Hascall Steel.

Hobbies and interests:
Golf and board games (especially Dune and Settlers of Catan)

Family:
I met my wife, Susan, in 1977 at the Lansing, MI Sectional held Thanksgiving weekend. We were married in March, 1978. Our son, Taylor, was born in December, 1979. We had a daughter in October, 1981, who is deceased. My mother, Darlene (former secretary of Unit 195), continues to play bridge now in Oklahoma City, where she moved from Florida to live with my brother, Bob. A sister in Florida has returned to bridge after a long absence, and a brother in California is trying to increase and improve his bridge playing. I have two other non-bridge playing siblings.