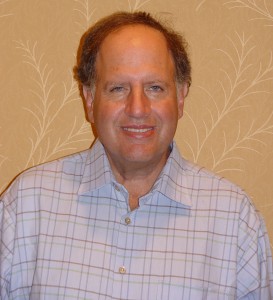 David Berkowitz has been one of the ACBL’s top players for over three decades. His election to the Hall of Fame puts him proudly in the company of his idols and, he is pleased to say, friends.
David’s father, Harold, taught him to play bridge when he was a teenager. Harold soon regretted introducing him to the game since David then took a mere seven years to earn a bachelor’s degree from Long Island University.

After graduating from college David began working and became a Certified Public Accountant. During that career, he began competing in high level bridge with the help of Kathie Wei-Sender, using the Precision system developed by her late husband, C. C. Wei. Anyone who knows David will realize that he has too much personality to remain a CPA, so under the guidance of Hall of Fame member Michael Becker, he became an options trader. David retired from Wall Street in 2005 and is currently a full-time professional bridge player.

David is an ACBL Grand Life Master with more than 30,000 masterpoints. He has won 25 North American championships, partnered by Ron Andersen, Harold Lilie, Larry Cohen and David’s wife, Lisa. With Cohen he also won the Pan-Am games and the prestigious Cap Gemini pairs.

While this honor recognizes his past successes, Berkowitz’s bridge career is far from over—or so he tells himself. He looks forward to winning many more championships with his new partner, Alan Sontag.
In addition to his playing prowess, Berkowitz shares his love of the game by lecturing and writing about bridge. Despite his subpar SAT scores, he co-authored the book Precision Today with Brent Manley. He also contributes to The Bridge World where he is a Master Solvers Club director.

David loves to share his bridge knowledge—just try to stop him from sharing! He brings his humorous and insightful take on the game to vu-graph commentary at National and International tournaments and now online as well. He also has contributed to the game by serving as president of the Greater New York Bridge Association and sitting on many ACBL National committees past and present and the International Team Trials Committee.
David is happily married (at least his wife Lisa tells him so) and has two wonderful bridge-playing children, Dana and Michael.