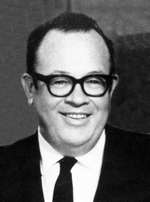 Texas businessman Ira Corn is no doubt best remembered as the driving force in the creation of the famous Aces team in 1968. Corn had grown weary of the domination of the Italian Blue Team in world championship events, so he gathered a squad of players from the U.S. who would train together. Their goal was to win world championships.

Corn contacted Bobby Wolff, Bobby Goldman, Jim Jacoby, Mike Lawrence, Billy Eisenberg and Bob Hamman to be a part of the squad. All agreed except Hamman, who later changed his mind and joined the team. The Aces succeeded in their quest for gold medals beginning with a victory in the Bermuda Bowl in 1970.

As the founder or co-founder of 24 companies, Corn was a successful businessman. In addition, Corn was an expert on World War II, according to Bobby Wolff. “Just before his death, Ira completed a book on the Normandy invasion. That book is something special in that it tells the story both from the Allied and the German sides.”

Corn also wrote and had published The Story of the Declaration of Independence . This was shortly after he paid $407,000 for an original copy of the document, prompting this headline in an English newspaper: “Wealthy Texan buys rebel document.”

Wolff’s favorite story, however, concerns Corn and backgammon. “Ira wanted me to write the definitive book on backgammon by Ira Corn. ‘Why would you write a book of backgammon when you don’t even know how to set up the pieces?’ I asked. ‘Bobby,’ Corn replied, ‘you don’t understand. That’s what makes it so great.’ “

Corn served as president of the Dallas Bridge Association in 1968 and was elected to the ACBL Board of Directors in 1971. He served as ACBL president in 1980 and as chairman of the Board in 1981. Corn died in 1982.