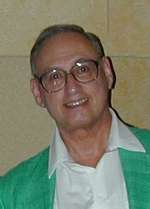 Richard Freeman, a “Quiz Kid” of radio fame in the Forties, became ACBL’s youngest Life Master in the Fifties and by March 2000 had claimed 15 North American championships and two world championships.

Freeman became the ACBL’s youngest Life Master in 1952 at the age of 18. In the mid-Fifties, he began directing and became legendary for his speed with a pencil in the days when games were posted and scored by hand.

Freeman said that he considered bridge to be more than a game, more than a sport — “it broadens your perspective.” He credited his wife, Louise, with teaching him how to win.