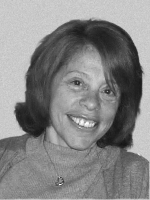 Gail Greenberg is devoted to bridge. Not only is this years von Zedtwitz Award inductee a world and national champion, she is also an author, a teacher and an administrator.

Greenberg wanted to give back to the game that had so enriched her life which she did by establishing clubs that foster the learning and enjoyment of the game. Honors in Manhattan and Hartes in White Plains NY attract some of the largest table counts in the United States. In addition to club activities, she has been teaching bridge for thirty years and has written four books. Most recently, she updated and republished Dorothy Hayden Truscotts classic Winning Declarer Play.

One of the leading players, Greenberg has not missed an NABC since 1966. In that time she has won17 North American championship titles and amassed more than 20,000 masterpoints. She has been a member of the winning squad in the Wagar Womens Knockout Teams eight times, claimed the Whitehead trophy for the Womens Pairs three times and won the Rockwell Mixed Pairs, the Freeman Mixed BAM and the Womens Swiss twice. Greenberg has also made her mark on the world stage winning five gold medals, a silver and a bronze in womens teams. She has won the Womens Teams at the World Bridge Games (formerly the Olympiad Womens Teams) three times and the Venice Cup twice. She was also the non-playing captain of the winning womens team at the World Bridge Championships in Shanghai, China, in 2007.