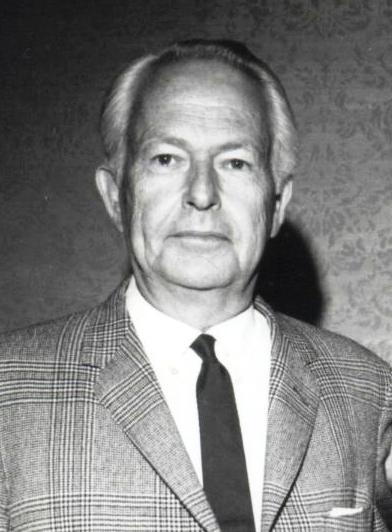 Paul Hodge was born in 1910 and was an attorney by profession. A popular bridge player, teacher and expert in the 1950s and 1960s, he has been selected to receive the Von Zedtwitz Award in the Bridge Hall of Fame Class of 2010.

The Von Zedtwitz Award was created to honor a deceased player who would have been elected to the Hall of Fame in their time, before the institution was created, but is not well known today.

During the height of his career Hodge won 11 major national titles and was runner-up for nine others. He became Life Master #282 in 1950 and—as a key member of a team with interchangeable partnerships that included bridge greats John Gerber, George Heath and Ben Fain—he cut a large swath through Texas and Southwestern regionals in the 50s and 60s.

Hodge represented North American in 1961 in Argentina, defeating France and Argentina to finish second to Italy in the World Team Championships. He was selected as non-playing captain for the U.S. Womens team in the 1964 World Bridge Olympiad.

He was an eminent lecturer, coach and teacher. Well dressed, soft spoken but an eloquent and polished public speaker, Hodge was also a skilled analyst and was a prized addition to many panel shows and vu-graph presentations.

In the mid-60s Hodge moved from Abilene TX to Houston where he remained active as a teacher and as proprietor of the highly successful Bridge Studio of Houston.