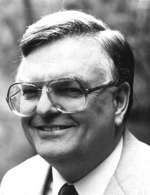 The two co-authored the Jacoby transfer bid and the Jacoby 2NT convention, both widely used in tournament play. They wrote several books and a syndicated newspaper column, Jacoby on Bridge.

Jacoby (1933-1991) teamed up with his father and three other Texas greats — Ben Fain, George Heath and Paul Hodge — to win the NABC Open Teams championship for the Chicago Trophy (now the Reisinger) in 1955. He was 22 years old.

Over the next three decades, he won 15 more North American championships, four world championships and four silver medals in international competition. Jacoby was one of the first American players to become a Grand Master in the rankings of the World Bridge Federation.

In 1968 Jacoby became a charter member of the Aces, a professional team put together by the late Ira Corn for the express purpose of returning the team championship to the United States .

“Jacoby was one of the most underrated players around,” said teammate and partner Bobby Wolff. “He was much stronger analytically than people gave him credit for and he was a very good partner.”

Mike Lawrence, another of the original Aces, remembered Jacoby as “very good with tough hands. He was capable of some plays that were really impressive.”

Jacoby won the Grand National Teams championship in 1981 and again in 1986. The latter team went on to win the 1988 U.S. Bridge Championship (team trials) and in October 1988 became the first-ever U.S. team to win the World Team Olympiad.

Bob Hamman, who played with Jacoby on that team, said his friend was always a tough competitor. “When you were in a game with Jimmy, either with him or against him, there would be some bruises inflicted,” said Hamman.

He recalled that their Texas team was down by 38 IMPs with 16 boards to go in the GNT semifinal in Toronto when he and Jacoby turned it up a notch. “We had a crusher at our table.” Said Hamman, “and we won by 1 IMP.”

Dan Morse, non-playing captain of the 1988 Olympic championships, commented, “There never was a person more dedicated to bridge than Jim Jacoby. He was an excellent ambassador for bridge. He loved the game.”

At the time of his death, Jacoby was the fifth-ranked ACBL Life Master with a career total of 25, 226 points. He won the Barry Crane Top 500 in 1988, one of only three players to win the contest and a world title the same year.

Jacoby was a graduate of Notre Dame. His outside interests included backgammon, sports and opera.

Wolff said Jacoby was an accomplished backgammon player,whose propensity for last-minute, game-winning rolls of the dice earned him the nickname “Hero.”

The nickname stuck through the years. In fact, said Wolff, “my daughter still refers to him as Uncle Hero.”