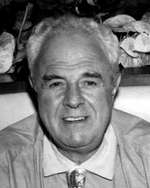 One of the great players of all time, Oswald Jacoby, first achieved international preeminence as the partner of Sidney Lenz in the famous Culbertson-Lenz Match of the early 1930s. Having already established himself as a champion at both auction and contract bridge, Jacoby next became a member of the famed Four Horsemen and Four Aces teams. His selection by Lenz over players of greater experience and with whom Lenz had practiced partnerships was early recognition of the brilliance and skill that were later to bring Jacoby to the top of the ACBL’s list of all-time masterpoint winners.

With the outbreak of World War II, Jacoby placed his bridge career on hold for four years. He played infrequently in the late Forties, and returned to active duty during the Korean War. During this time, fellow great Charles Goren had amassed a huge lead as the all-time masterpoint holder. After two years in Korea, Jacoby returned to active play with the goal of overtaking Goren on the masterpoint list.

By 1962, he had done so. He won the McKenney Trophy (now the Barry Crane Top 500), a contest for amassing the most masterpoints in a year, four times in five years (1959 through 1963) at ages 57, 59, 60 and 61. In 1963 he became the first to acquire more than 1000 masterpoints in a single year (1034). He surpassed the 10,000-point mark in 1967, at which time he retired from active competition for the McKenney Trophy. Almost exactly one year later he relinquished his position as top masterpoint holder to Barry Crane.

Jacoby pioneered many bidding ideas, including Jacoby 2NT (game-forcing raise of a major), Jacoby transfers and weak jump overcalls. He invented the use of 2*H* as a double negative response to 2*C* with 2NT a positive heart response and 2*D* as the usual waiting bid.

He was a longtime bridge columnist as well as the author of several books on bridge, backgammon, mathematics, gambling, poker and other card games, including canasta.