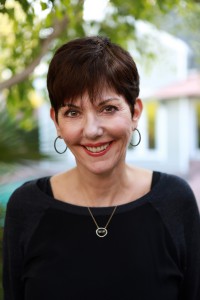 Jill Meyers discovered bridge at age 10 when her idolized older sister, Nina, brought the game home from college. At 22, Meyers became instantly enamored with duplicate bridge after wandering into Paul’s Bridge Club in West Los Angeles. She then began her journey as a novice with some of the finest players in the west.

Since then, she has been fortunate to maintain her serious bridge endeavors while also forging a career in the music business. Meyers started in the music department at Columbia Pictures, coordinating scoring sessions and also ensuring that the composers’ music was properly identified and compensated. After, she went to law school to widen her understanding of contract law and eventually became the Vice President of Music at Tri-Star Pictures.

In 1988, with a push and a lot of encouragement from her husband to be, Sid Brownstein, Meyers opened her own consultancy firm that she has run for the last 26 years. Her firm is hired by film studios, television producers and networks, Broadway play producers and numerous toy manufacturers and ad agencies to negotiate with music companies for the rights to use their songs in clients’ programs and productions. The work can be intense and demanding, requiring a lot of focus and problem solving. Just like bridge.

Additionally, she has had numerous national bridge accomplishments. Meyers has won 18 national championships including the Blue Ribbon Pairs, the Championship Flight of the GNTs and the Nail Life Master pairs twice.

Though she has had much success in pairs events, Meyers has coveted her spots on the various championship bridge teams for the camaraderie of teammates and the bonus of traveling the world, feeding a passion for exploring new places and meeting new people.