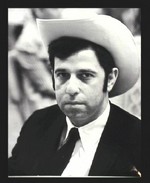 Sami Kehela is a semi-retired bridge writer and teacher whose greatest loves are his granddaughter, Carly, films and fine wines.

Kehela is the former editor of the Ontario Kibitzer, bridge columnist for Toronto Life, contributor to the Bridge Bulletin and contributing editor to The Official Encyclopedia of Bridge. In addition, Kehela has had considerable success in North American and international competition.

“It became apparent very early in my life that I was not ready for honest toil,” said Kehela. He learned to play bridge aboard a cargo ship — “first I learned that you needed 2 1/2 (quick tricks) and later I discovered you needed 13 (high-card points).” He also learned by kibitzing Adam Meredith, one of the great British players.

Kehela told of his pride in learning how to handle partner Eric Murray’s bidding. “I listened to the opponents’ bidding and I believed them, not my partner,” explained Kehela. “It worked during the 30 years of our partnership.”