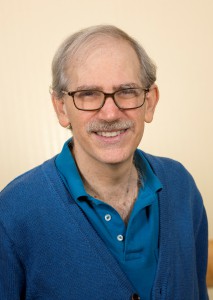 Chip Martel began playing bridge seriously while in high school in Urbana IL. He was fortunate to be near the University of Illinois campus where they had good campus games and several strong players willing to help him improve.

Later, Martel studied computer science — and bridge — at Massachusetts Institute of Technology, earning a B.S. in 1975. In 1980, he earned a Ph.D. from University of California at Berkeley where he met his wife, Jan, and great long-time partner, Lew Stansby.

After playing with Stansby for 35 years, Martel recently started a new partnership with his old friend Marty Fleisher.

Martel served as captain and coach of the world champion Junior team in 1991 and was coach of the world champion Senior team in 2005.  He is also the chair of the ACBL Laws Commission, a member of the World Bridge Federation Laws and System Committees and was on the drafting committee for the 1997 laws. Additionally, he won the Bols Tip Competition and was named ACBL Honorary Member in 2000.

Before he retired in 2013, Martel was a professor of computer science at the University of California at Davis. He helped found the computer science department there and served as one of its first department chairs. In the 1985-86 academic year, he achieved a rare double of winning a world championship and achieving tenure. He continues to work at the college as an emeritus professor.

A favorite hobby is refining his bidding system (“Chip abhors a bid without a meaning,” friends say) and devising defenses to methods played most commonly outside the United States. Other hobbies include reading (mostly science fiction and mysteries) and bicycling.

Martel has one step-son, Rick, and two grandchildren, Maya and Eli (neither plays bridge yet).