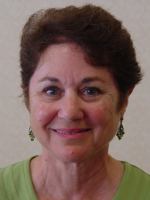 Jan Martel, whose tireless dedication and selfless service has made a major impact on the bridge community, is this years Blackwood Award Hall of Fame inductee.

In the early 1990s, Martel was one of the founders of the ACBLs Womens Committee, which oversaw the process for selecting womens teams for world championship play. The committee created the seeding point scale for the Womens Knockouts as well as establishing the ACBL child care program at NABCs.

When the U.S. Bridge Federation was organized, Martel served as a board member and as its president. When she reached her term limit, she became the first and only USBF Chief Operating Officer – a position created specifically for her because the Board of Directors had become so dependent on her organizational skills.

Behind the scenes, Martels volunteer responsibilities grew to where she chose to retire as an attorney so that she could devote her energy fulltime to the avocation she clearly cherishes. A woman with a closet full of hats, Martel manages the USBF website, bills active member dues and archives trial records and official documents in addition to her administrative duties. She takes photos at championships. She organizes BBO vugraph presentations for NABC events, and frequently serves as a vugraph operator at major championships. She served on the Hall of Fame Committee from 2003 to 2008. In short, she does whatever needs to be done.

Martel has been the non-playing captain of three Bermuda Bowl Teams, two Junior Teams and one Senior Team and has coached several other teams over the last 25 years. As a player, she has won seven NABC titles and was also second in seven NABC events. Of her titles, her favorite was winning the Baldwin North American Pairs with husband Chip in 1988.