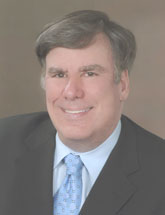 Mike Passell has been one of North America’s leading players for more than three decades, and is currently one of the living masterpoint holders among living ACBL members with more than 64,000. He won the McKenney Trophy (now the Barry Crane Top 500) in 1976 and is a perennial contender in the annual masterpoint race.

Passell has an enviable record in high-level competition, including the international level. He was a member of the winning Bermuda Bowl team in 1979 after placing second in the world championship two years earlier.

With Mark Lair, he formed one of the ACBL’s most formidable partnerships. He now plays regularly with Eddie Wold. Passell has numerous North American championships to his credit, including three victories in the Reisinger Board-a-Match Teams, three in the Spingold Knockout Teams and two in the Vanderbilt Knockout Teams. He has won hundreds of regional championships and has nearly 800 Blue Ribbon qualifications.

Passell and his wife, Nancy, are among the few married couples who are both world champions.