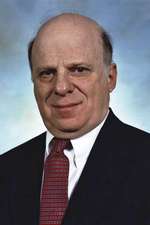 Though our nation’s capital boasts of many heroes, Steve Robinson has the distinction of being the first living player to be elected to the ACBL Hall of Fame from District 6 (which includes Washington, Virginia and most of Maryland ).

Growing up and living in the D.C. area all of his life, he enjoyed the challenge of chess before learning bridge at the Student Union at the University of Maryland, where he matriculated in 1958. He became a Junior Master (the proud owner of one masterpoint) in April of 1963, and longtime friend Peter Boyd good-naturedly adds, “and he still has the certificate to prove it!”

“Stevie,” as he is referred to affectionately by all who know this bridge giant, was drafted into the U.S. Army in December 1963. While stationed at Fort Jackson SC for basic training, he occasionally traveled by bus to local sectional tournaments. Steve worked for the Army at the Pentagon as a computer programmer specialist until 1965, and he remained on the job in a civilian capacity until he retired in 1996.

His early bridge pursuits were intrepid, as witnessed by an incident cited in a recent Washington Bridge League publication. The article quoted the wit and candor of Steve’s partner during the final of a star-studded Blue Ribbon Pairs some years ago when Walt Walvick remarked, “We’re the only pair in this event I have never heard of.”

Extremely active in both the WBL and District 6 since the 1970s, he selflessly has devoted much time, energy and talents to these executive bodies, serving in multiple capacities through the years. Steve’s wins encompass many NABC major titles as well as the 1974 World Mixed Teams and the 2000 World Senior Teams.

Early and frequent favorite partners in the 1960s and 1970s included Jo Morse, Kenny Rhodes, Alan Wilhide and Kit Woolsey. Besides devoting time to professional bridge playing, Steve is a celebrated writer, authoring Washington Standard. He is also the inventor of the crash convention.