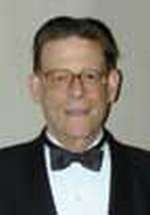 During four decades of top-level bridge play, Hugh Ross has won three world titles — the Bermuda Bowl in 1976, 1985 and 1987 — and 18 North American championships.

His Bermuda Bowl wins came with three different partners. The 1976 squad was Ross playing with Erik Paulsen, Billy Eisenberg–Fred Hamilton and Ira Rubin–Paul Soloway. The 1985 squad was Ross–Peter Pender, Bob Hamman–Bobby Wolff and Chip Martel–Lew Stansby. The 1987 team was the same except that Ross played with Mike Lawrence.

Ross grew up in Montreal and honed his bridge in clubs run by Johnny Wiser and Sam Gold. He moved to California in 1962 and won his first North American championship — the Reisinger B-A-M Teams — in 1968. His team: Paulsen, Pender, Kyle Larsen and Howard Schenken.

Other wins — all team victories — followed until Ross claimed his first pairs title, playing with Zia in the Life Master Open Pairs in 1990. The irrepressible Zia commented, “It was a great night. We went to dinner and drank as much wine as we could, and we came back to have as good a time as possible in the evening. And we had a very good time. It’s much easier to have a good time when you win.”

The pair won again the following year. Ross enjoyed those games. “I like keeping things fairly simple,” he says. “I don’t like having to remember systems.”

Then it was back to the team games. Jeff Ferro was a member of the winning Grand National Teams in 1993 — Ross and “the three kids” — Ferro, Brad Moss and Rev Murthy — with Chip Martel and Lew Stansby augmented.

“I remember we won that event rather easily,” says Ferro. “I was slightly annoyed because I thought Hugh and I had the worst results of the three pairs and I wanted to play more. I wasn’t nervous. The only thing I was nervous about was playing his system — Kaplan-Sheinwold — which I didn’t really like and wasn’t comfortable with.

“I remember Hugh was a ’seat of your pants’ player — a great declarer. We had some bidding misunderstandings and he landed in some dicey contracts but always seemed to find a way to make them. Apparently he was also known for that when he played with Peter Pender.”

Mike Lawrence echoes the thought. “Hugh plays by the seat of his pants more than any other top player I know.”

And Bob Hamman sent Ross a copy of his book, At the Table, with this note: “To a great teammate who always knew how to stir the pot.”