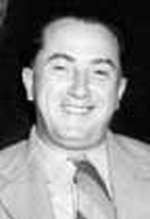 Meyer Schleifer is considered by Bob Hamman and Eddie Kantar as one of the all-time bridge greats. “Meyer was probably the greatest card player who ever lived,” says Hamman. “He was an extraordinary defender but he was absolutely incredible at dummy play — a true artist and a wizard when he got his mitts on the dummy.”

Kantar agrees. “He played rubber bridge all his life and he was always the best player at the table. He played effortlessly. Meyer was the player.”

Hamman remembers the 1983 Summer NABC in New Orleans. He and Kantar were playing in the six-session Life Master Pairs. “Eddie and I had 10 kibitzers when Meyer came to our table. When the round was over, the kibitzers followed Meyer. We even won the event but we lost our kibitzers.”

Hamman continues, “There have been three players in my career that I’d call really intimidating — if you could see some obscure way declarer could work it out (to make his contract), you had to be afraid he would work it out.” The three: Schleifer, Harry Harkavy and Billy Rosen.

Schleifer (1908-1994) was profiled by Kantar in the December 1972 issue of Popular Bridge. The headline read: “Is this man American’s greatest bridge player?” Kantar’s answer: a resounding yes.

The Brooklyn-born Schleifer’s first love, he wrote, was chess “and although he knew all the moves at the age of 12, he didn’t start playing in the clubs until he was 15. He was captain of his high school chess team and at the age of 16 drew with the then world champion, Capablanca, when the latter was playing a simultaneous exhibition.”

He enrolled at Columbia Law School, but when stricken with tuberculosis he moved to Denver to recuperate. In the early Thirties he moved to Los Angeles — where he twice won the Southern California Chess Championship. Exit chess — enter bridge.

Schleifer, who had been taught bridge by some fellows at his hotel, began working for Tom Stoddard at the old Beacon Club. “Soon he was playing in the big game,” wrote Kantar. “That was the ’tenth’ game with Johnny Gerber. It was the best game in the house and Meyer wanted to play in fast company as soon as he could.”

Schleifer took time off during World War II to work at the Columbia Steel defense plant. Later he had a falling out with the management of the bridge club and switched — successfully — to poker for a couple of years.

“Then it was back to bridge — rubber bridge. Year in and year out Schleifer supported himself from his own incredible skill at the game.” This was his most remarkable accomplishment, according to Kantar. “The number of players who have been able to do it can be counted on the fingers of one hand, excluding the thumb, forefinger, baby finger and ring finger.”

Schleifer had a long list of bridge clients and might have become a rich man, says Kantar, “if it weren’t for the track. Meyer was not a gambler. He knew the odds and played to win. Except when it came to horses. Then he just played and played and played.”