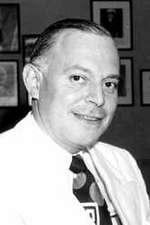 Alexander M. “Al” Sobel, an engineer who turned to bridge rather than sell apples during the Great Depression, was remembered by the magazine as “. . . a towering figure in the world of tournament bridge (for 40 years) . . . . A key associate of Culbertson, he was one of the first tournament directors and for some 25 years was the ACBL’s National Tournament Manager. He was an editor of The Bridge World, an editor and a regular columnist for the Bridge Bulletin and a member of the Laws Commission. He set the pattern for directors everywhere.”

Sobel, a graduate of Massachusetts Institute of Technology, turned to directing during the Great Depression. His other choice: selling apples. He began directing in 1934 and was named National Tournament Manager in 1942. He held that position until his retirement in 1969. During that time, he directed tournaments around the world and in every state — ending with Alaska in 1968. He was the first Honorary Member of the Japan Contract Bridge League and ACBL Honorary Member in 1949.

His greatest thrills, he wrote in the Bridge Bulletin, included “the night I escorted President Eisenhower around the Sheraton Park Hotel in Washington to show him what a National tournament looked like.

“As we went down the grand staircase, he held my arm. I still preserve that spot on my elbow and never rest it on a bar.”

A second thrill, he added, was in 1935 when General Alfred M. Gruenther introduced him as his successor as chief director of the Eastern States Championships, then a national tournament.