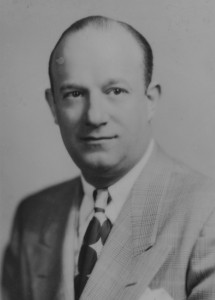 Solomon was a member of the U.S. International team in 1956, non-playing captain of the Open Team in 1959 and for the U.S. Women’s Team in 1960. He donated the Charles J. Solomon Trophy to the World Bridge Federation in 1966, to be given to the country with the best record in pair events at the World Pair Championship. He served as the ACBL president in 1958 and was chairman of the Board in 1944, 1955 and 1957; He was named ACBL Honorary Member of the Year in 1961.

On the international level, Solomon was a member of the organizing committee and helped to found the World Bridge Federation. He served as the WBF vice president from 1958-1964, as president from 1964-1968, chairman of the Board from 1968-1972 and was honorary chairman from 1972 until his death. He also served with distinction on the ACBL Laws Commission from 1940-1960 and on the Editorial Advisory Board of The Official Bridge Encyclopedia. Solomon was the author of Slam Bidding and Point Count and NoTrump Bidding and was the bridge editor of the Philadelphia Inquirer for 30 years. He sponsored the IBPA Solomon Award, given annually for best the description of a bridge deal in the world press.