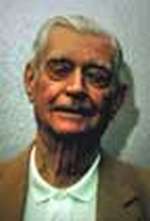 When you saw Dave Treadwell at a tournament, it was wise to prepare yourself to suffer through — or enjoy, depending on your taste — a bad joke.

The tournament veteran was notorious for his seemingly endless store of puns and gags that he managed to relate in perfectly deadpan fashion. Despite Treadwell’s reputation, you often didn’t know you’d been had until you heard the punch line.

There were, however, a couple of serious sides to Treadwell, a retired chemical engineer.

First, as an expert bridge player, the Wilmington DE resident maintained the solemn view that it was his obligation to take as many tricks as possible when at the bridge table. In so doing, he earned the rank of Grand Life Master (with more than 20,000 masterpoints) and represented the U.S. in international competition on several occasions.

Second, Treadwell was quite serious when it came to serving the bridge community. His dedication earned him accolades as ACBL Honorary Member of the Year in 1985. He also has a place in the Hall of Fame as the 1998 winner of the Blackwood Award as an ACBL member who contributed to bridge outside of bridge-playing expertise.

When Treadwell first started playing, few had even heard of contract bridge. The game he played as a youngster growing up in New Jersey was known as auction bridge.

It all started when, at the age of 15, Treadwell was recruited as a fourth. He was immediately smitten. By the time he enrolled at MIT in Cambridge MA in 1929, contract bridge had taken off, and Treadwell liked it even better than auction.

“I avidly read the Culbertson Blue Book on bidding,” Treadwell said. “I knew it by heart.”

As he became better and better at bridge, Treadwell found himself at the same bridge clubs as some of the future stars of the game, including Billy Seamon, Billy’s sister, Edith (now Freilich), and Sidney Silodor.

One of Treadwell’s biggest thrills came in a game against the legendary Oswald Jacoby. Early on in one deal, Treadwell bared a king behind Jacoby, who didn’t believe the unknown Treadwell was good enough to do it. When Jacoby took the finesse and went down, he was furious.

“I was just a squirt,” recalled Treadwell, “but that’s the thrill of bridge. Any player can get a good board against an expert.”

Naturally competitive, Treadwell always played in the top event for which he was eligible. He liked the mental stimulation.

When not playing bridge, Treadwell spent his time playing blackjack and working on the “magic rectangle” — a figure composed entirely of squares of different sizes. The minimum number of squares is nine, with only one possibility. With 10 squares, there are more possibilities, and so on. Treadwell developed magic rectangles with up to 15 squares — about 2500 — using a computer and a mathematical formula.

Treadwell won hundreds of regional championships to go with two major titles — the North American Swiss Teams in 1982 and the Master Mixed Teams in 1985.