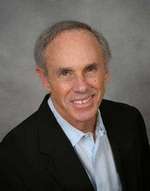 Peter Weichsel first appeared on the tournament scene in the mid-Sixties. Few conjectured then that this young renegade, sporting pony tail, beads and bell-bottoms, would soar to prominence as one of America’s brightest stars and attain overwhelming popularity.

Peter’s early fame in the bridge community came as an original member of the Precision Team, the brainchild of the late C. C. Wei, emanating in Manhattan in the early Seventies. Wei’s unheralded team captured three National Knockout titles from the summer of 1970 through the spring of 1972, propelling Peter and his partner, Alan Sontag, into full-time professional careers.

After the Precision Team disbanded in 1973, Weichsel–Sontag continued their stellar career, becoming a dominant pair on the national and international bridge scene. They had a string of successes during the late Seventies and early Eighties, culminating with their first Bermuda Bowl win in 1983. After a 15-year break, Weichsel and Sontag re-formed their partnership in 1998 and again became a dominant pair, winning a string of North American and world championships, including their second Bermuda Bowl in 2001.