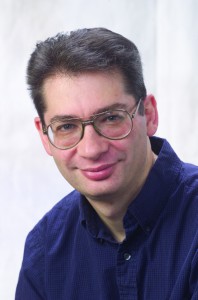 It comes as no surprise that Michael Rosenberg, hailed by his peers as the “the expert’s expert” for his card-play technique and highly respected for his ethics advocacy, is a first-ballot Hall of Famer.

Born in New York City, Michael grew up in Glasgow, Scotland. At the age of 16, when he felt that his chess game was stagnating (he achieved success at a very young age), he found an unused bridge book lying around the house. He read the book, then joined his high school bridge club and just started playing. Michael credits his passion for the game to Victor Mollo’s “Bridge in the Menagerie”: “Aside from loving the characterizations, I found the bridge positions so exciting and so beautiful that I was ‘gone’ on bridge forever.”

Michael formed a partnership with Barnet Shenkin in 1974. Shenkin points out that by the time Michael was 20, he had been playing bridge seriously for only a couple of years but was already on the Scottish International team. In 1976, Rosenberg and Shenkin pulled off something of an international coup when they won the Sunday Times Pairs, the world’s most famous pairs contest. At 21 and 25 years old, they were the youngest ever to play in the invitational event. That same year, they would add the British Gold Cup (the country’s premier team competition) to their trophy collection.

It was while playing at the card clubs in London that Michael met Zia Mahmood. Where Michael was unassuming, Zia was not; where Rosenberg was conservative, Zia was anything but. They complemented each other so completely that the partnership they would later form would inevitably succeed. Michael’s 1999 “Bridge, Zia and Me” is a book that belongs in every serious bridge player’s collection.

In 1978, Michael packed up his lilting brogue and moved back to the U.S., hoping to make a living playing bridge and backgammon in the New York City clubs. In 1989, he started a partnership with Zia, which was to last 18 years. Their first event was the 1989 Reisinger, which they won. Michael has amassed 14 North American championship titles, including two Reisingers, two Spingolds and two Vanderbilts, the Kaplan Blue Ribbon Pairs and the von Zedtwitz LM Pairs. He was the ACBL’s Player of the Year in 1994 and 2003.

Through victories in the U.S. Bridge Championships, Rosenberg has represented the USA six times in international competition. He won the Rosenblum Cup in 1994. He won silver medals in the 1992 Olympiad Open Teams and the 2007 Bermuda Bowl; he also placed second in the World Open Pairs in 1994 and 2002. He has wins in a number of international festivals, including the Cavendish Invitational Teams (1986) and the Cap Gemini Pandata World Top Invitational Pairs (1992 and1995).

Michael won the World Par Contest – a challenging test of declarer play – at the 1998 World Championships in Lille. While delighted to have come out on top, he commented that he understood that the runner-up made one less error than he made over the 12 deals, and he had only won because he solved the problems more quickly than the second-place finisher. Rosenberg felt it was wrong that the competition should be decided on time.

Right and wrong matter a great deal to Michael. In his own play and in all of his writing and volunteer work, Michael relentlessly advocates “doing the right thing.” He is proud to carry forward the ethics torch lit by Edgar Kaplan, whom he calls “the most positive influence ever to touch the game we love.”

In 2013, Michael threw himself “25/8” into the USBF Junior program. He and Barry Goren have developed a mentoring and training structure for players who are serious about their game, with an eye toward preparing teams to represent the U.S. in World Junior competition. His impact on the Junior program includes fundraising and recruiting champion mentors. A request from Rosenberg carries a lot of weight in the bridge community.

Rosenberg and Zia rekindled their partnership under the captaincy of Reese Milner to win the d’Orsi Seniors Trophy in 2015.

When he’s not playing or thinking about bridge, Michael enjoys crossword puzzles, movies, mysteries, music and following sports and politics. He lives in Cupertino CA with his wife, Debbie – also a bridge professional and multiple North American/world champion; and their 18-year old son, Kevin, whose bridge star is on the rise. He has two daughters from a previous marriage; Ivanna, 31 and Jahna, 27.