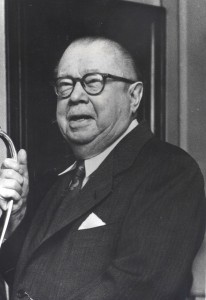 Curt H. Reisinger (1891-1964) of New York City was a principal patron of contract bridge and the ACBL in the early years of both. Reisinger was great-grandson of both Anheuser and Busch, co-founders of the brewery from which he inherited great wealth. That wealth enabled him to become a stalwart financial supporter of the game, as well as a noted philanthropist on a far larger scale. Among the positions in which he served were director of the USBA, president of the Greater New York BA and chairman of ACBL. He was named ACBL Honorary Member in 1953.  In 1965 the Chicago Board-a-Match teams was renamed the Reisinger Board-a-Match teams in his memory. The Reisinger Teams at the New York Eastern Regional is one of the longest running bridge events