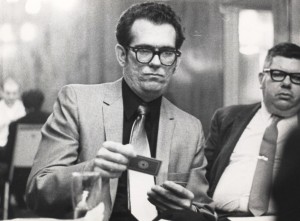 Dan Morse (b. 1938) is a native of Houston TX and a retired pharmacist. He has served on the ACBL Board for more than 15 years representing District 16. He was ACBL President in 2008. Morse has also served as a zonal representative and honorary secretary for the WBF. As a player, Morse has won 10 NABC titles including all four major team events (the Spingold, the Vanderbilt, the Reisinger and the top flight GNT). He has represented the U.S. in a number of world championships and was on the winning World Senior Team in 2000.