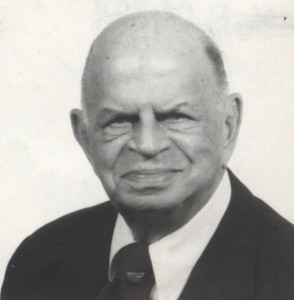 ROVERE, Ernest (Ernie) (1906-2000) of Carmel CA was a journalist, author and director of Contract Bridge Cruises. A bridge editor for the San Francisco Chronicle, a bridge columnist for the San Francisco Call Bulletin for 23 years and commentator on radio and TV bridge programs, Rovere conducted one of longest running TV bridge programs, 32 weeks on 2 PBS stations with 12,000 students. A pioneer in changing rules and laws restricting blacks and Jews from being included in the bridge community, he served as member of the ACBL Board of Directors from 1957-1960. He was a contributing editor to Bridge Encyclopedia and the author of Leads, Signals and Discards, Modern Point-Count Contract Bridge, Contract Bridge Complete. Rovere won the Master Mixed Teams in 1955, was named Life Master #100 in 1948, and was the ACBL Honorary Member in 1986.