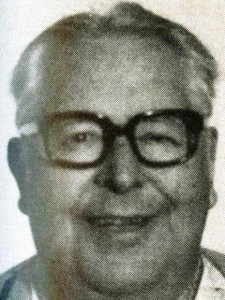 Fred B. Ensminger of Ann Arbor MI was Trustee Emeritus of the ACBL Charity Foundation and previously served the foundation as president and as a trustee for four years. He was a member of the ACBL Goodwill Committee and a former president of the Michigan Bridge Association.

Ensminger first became interested in duplicate bridge in the early Thirties. He attended one of the first “National” tournaments in Chicago. His time in the 1940s was largely devoted to business; he founded his own firm, Pensions Inc. of Detroit, and was busy installing pension plans for many corporations. Ensminger became Life Master #1331 in 1957.