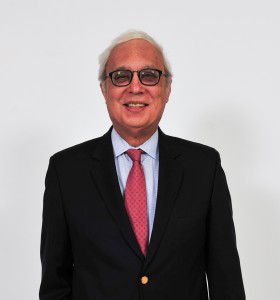 John Sutherlin (b. 1936) of Dallas TX is a retired bank vice president. Sutherlin has served as co-chairman of the Ethical Oversight Committee 1999-2001, national recorder 1986-1996, and a member of the International Team trial Executive Committee 1999-2011. A WBF World International Master and Senior Life Master, Sutherlin won the World Senior Teams in 2000. Coincidentally, his wife also became a world champion that year when she won the World Women’s Olympiad. The Sutherlins won silver together in the World Mixed Pairs in 1982. In addition to John’s 11 North American titles, he has also won the Mott-Smith Trophy and the Fishbein Trophy. John and Peggy were the ACBL Honorary Members in 2008.