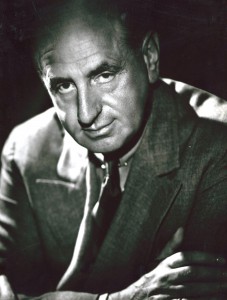 Nate Spingold (1886-1958) a New York publicist, motion picture executive and patron of the arts, was one of the most influential men in bridge administration from 1937 to 1943.

Born in Chicago, he became a reporter on The Chicago Examiner, The Chicago Record Herald and The Chicago Tribune. Spingold’s interest in show business brought him to New York City in the Thirties.

In 1932 he joined Columbia Pictures in a public relations capacity. He was named to the board of directors in 1940 and three years later was appointed vice president in charge of advertising, publicity and development. He became a vice president of the company in 1954.

Active in bridge from its earliest days, Spingold was named ABL Honorary Member in 1936. He was instrumental in effecting a peaceful merger between the American Bridge League and the United States Bridge Association in 1937 and became president of the newly formed American Contract Bridge League the following year.

He served for many years on the League’s Board of Governors and Board of Directors. Spingold was also president of the Cavendish Club in New York.