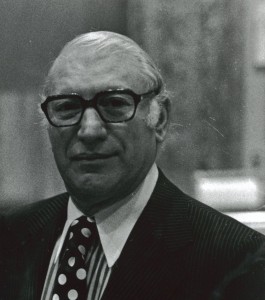 BEAN, Percy X. (1916-1992) of Olympia WA was a wholesale hardware business owner. He was very active in his community where he was known as a businessman, fund raiser, and civic leader. He was the first recipient of Olympia’s Man of the Year award in 1968. He was on the ACBL Board from 1964-1988, ACBL President in 1972, chairman of the board in 1973, president of the Charity Foundation from 1974-1981, a member of the National Goodwill Committee and the Board of Governors, as well as president of his unit and the general chairman of arrangements for the World Team Olympiad in Seattle in 1984. Bean and his wife, Anne, were elected ACBL Honorary Members in 1992, this was the first time that honor was bestowed on a husband-wife combination. Bean was the editor of Mad, Mad World of Bridge, a publication strongly championing players of less than expert class.