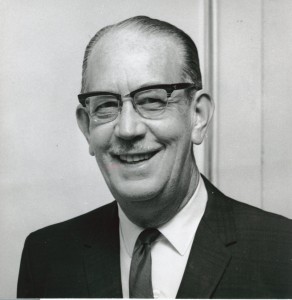 As 1970 ACBL president, William A. Baldwin (1907-1978) was the person most instrumental in relocating national headquarters to Memphis. His interest in this project grew naturally from his career as a building and land developer. He was also president of Western Conference, trustee of the Charity Foundation and chairman of ACBL Board of Directors (1971).He was elected ACBL Honorary Member in 1978. Baldwin was ACBL representative to WBF and treasurer of that body.