The ACBL Educational Foundation has named Adam Kaplan and Allison Hunt the 2014 King and Queen of Bridge. The award recognizes graduating high school seniors for their playing record and overall participation in the bridge community. Each winner receives a $1000 scholarship.

Kaplan, based in New Port Richey FL, has already piled up an impressive list of accomplishments, internationally and domestically. He has placed in the top three in five Youth world championships. In 2013, as a member of the under-26 American squad, Kaplan won a gold medal in the World Open Youth Teams. In 2014, he won the under-26 Board-a-Match Teams and in 2009, he finished third. In under-21 events, he won a silver medal in the 2012 World Youth Team Championship and the 2011 World Open Youth Pairs.

Additionally, he was honored with the first Joan Gerard Sportsmanship Award at the World Youth Open Bridge Championships in 2013 and was named a Youth Ambassador in 2010 and 2011.

Kaplan was a Youth NABC winner from 2008 to 2010. In open NABC events, Kaplan has recorded multiple top-10 finishes. Formerly the youngest Life Master at 10 years and 43 days, Kaplan has accumulated more than 6400 points. One of his goals is to become the youngest Grand Life Master. (Justin Lall currently holds the record at 25 years and five months.)

Homeschooled his entire life, Kaplan said he has “been privileged to be able to attend many tournaments and play a large amount of bridge. This has been fantastic for my bridge-playing development; however, it also presented some unique challenges when it came to giving back to the game locally.”

For example, Kaplan attempted to teach an extracurricular bridge class in local schools. Approval was contingent on obtaining a sponsorship from a teacher, and none of the teachers would sponsor Kaplan because he was not a registered student.

So instead of teaching an official class, he presented mini-introductions to bridge at his younger brother’s middle school as part of the Great American Teach-In. Kaplan said, “The students loved it. To further involve them, I tried teaching a class at the local rec center. I promoted it at the middle school, but I was barred from distributing fliers in schools because it was an ‘unapproved’ activity.”

Because of the bureaucratic resistance, Kaplan next looked outside the Florida school system for teaching opportunities. In 2013, he prepared lessons and led classes during a weeklong bridge camp at the Clearwater Duplicate Bridge Club. He said a fun time was had by all and deemed the experience “a great success.”

Kaplan’s influence extends outside of Florida. He is one of the featured bridge players in an upcoming documentary (bridgedocumentary.com), part of which chronicled his team’s performance in the 2012 Youth world championships in China. Kaplan said his involvement with the project opened doors. He was invited to help judge presentations by graduate students at the Virginia Commonwealth University Brandcenter on how to revitalize interest in bridge.

Kaplan is a frequent author, panelist and interview subject. He has appeared in Bridge Winners’ signature Q&A fo-rum, “In the Well.” Kaplan was also a member of the 2012 Youth NABC panel discussion.

When asked if he would like to pursue a career outside of bridge, Kaplan responded, “Yes, definitely. As much as I enjoy playing professionally, it is tiring and can be difficult at times. I’d like to have a steadier source of income in the future, although I’m sure I’ll still play bridge whenever I can.

Kaplan is in his first year at Stanford University and hopes “to further build up their bridge club.” He is undecided about a path of study, but is considering psychology.

Hailing from Charlotte NC, Hunt is a Youth bridge world champion. She won a gold medal in the 2013 World Open Youth Pairs, a three-day competition against 40 international pairs younger than 21. Additionally, Hunt earned a position on the under-21 USA2 squad for the 2014 World Youth Team Championship in Istanbul.

Hunt has enjoyed success at Youth NABCs, as well as in local tournaments. In 2013, she was victorious in the Bar-on Barclay Youth Open Pairs at the Summer NABC in Atlanta. She and partner Asya Ladyzhensky were the first female pair ever to win the event. The victory netted each a $1000 continuing-education scholarship.

In July, Hunt played for three days at the Columbia SC regional with fellow junior Zach Grossack and amassed more than 41 masterpoints, winning a Bracket 1 knockout and placing second in the X flight in the A/X Swiss teams.

Hunt was introduced to the game by her father, Tom, who is a Silver Life Master. She recounted, “He taught a nov-ice bridge class when I was six, and his pupils would come over once a month and play. Those were the first games that I kibitzed, and I caught on from there. My dad took me to my first NABC when I was 13, and the rest is history.”

Currently a Bronze Life Master with nearly 700 points, one of Hunt’s short-term goals in bridge is to become a Silver Life Master. Looking ahead, she hopes to earn a spot on the women’s national team and bring home the Venice Cup.

In addition to practicing on her own time, Hunt plays for two hours every Sunday under the instruction of Dave Caprera, a Platinum Life Master from Denver CO. Hunt said she works hard as a mentee and “probably annoys Dave” with all her questions.

Hunt pays it forward by mentoring local students. She founded the Providence Day School Bridge Club in her junior year of high school, and she met with the club members weekly. She prepared and taught lessons, followed by supervised play.

“As a mentor, I held my students to a very high standard.” she said. “I know how smart they are, and I expect them to work up to their potential.” Members of the club have gone on to attend sectional tournaments, and the club is continuing despite her graduation.

Beyond the club, Hunt said, “I’m spreading the gospel of bridge by talking about it with friends, acquaintances and strangers. I’m always sure to emphasize how great bridge has been for me.”

Hunt is attending Davidson College, a private liberal arts college north of Charlotte, and expects to study “something science-related for sure.” She said that she might pursue a career as a chemist or a doctor. 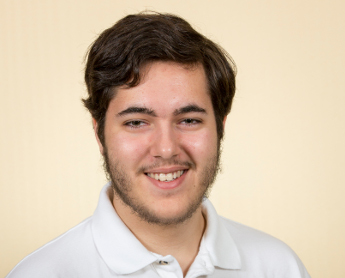 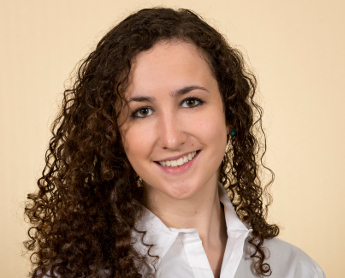