Robert Hartman, ACBL’s chief executive, was so impressed by the success of this summer’s Longest Day fundraiser with the Alzheimer’s Association that he wanted to do “something big” on his own as a tribute to the club owners and members who helped raise $575,000 for Alzheimer’s research. He raised $1000 to run the Chicago Marathon as part of the ALZ Stars team. Finishing the 26.2 miles in four hours 37 minutes, Hartman noted that it was a tough challenge but nothing compared to what the families of people with Alzheimer’s endure. Click here to read the Commercial Appeal article about Robert’s achievement. 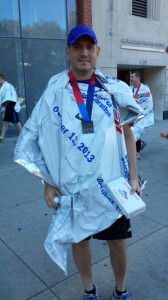