Eight ACBL employees and an invited guest played a team game at Headquarters on Saturday, the Longest Day, to join in the fundraising effort started last year in a cooperative effort by the Alzheimer’s Association and the ACBL. The Headquarters event produced $920 for the cause. The game produced- $470, which was matched by ACBL.

The teams played four 12-board sets. Donna, Kathy, Shaneka, Joe and Carol finished with 58 IMPs to 47 for Brent, Cindy, Liza and Stephanie. 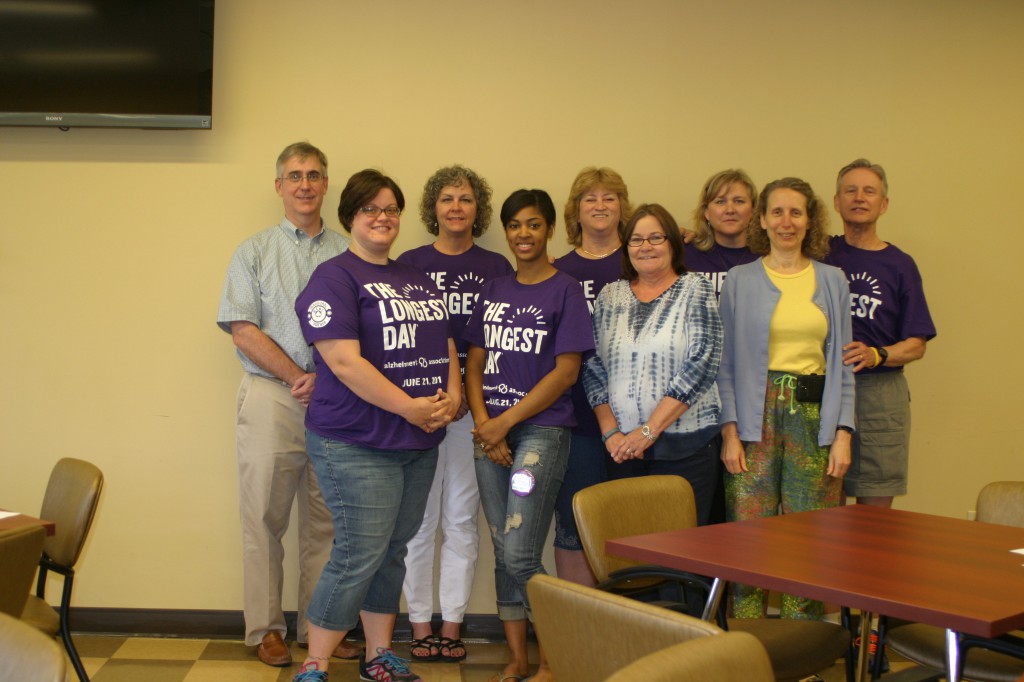