Mike Cappelletti of Alexandria VA died Nov. 14 after a brief illness. An ACBL Grand Life Master with more than 24,000 masterpoints and best known to many players for the conventional defense to 1NT that bears his name, Cappelletti was a two-time NABC champion: the 1967 Master Mixed Teams (now the Freeman Mixed Board-a-Match Teams) and the 2013 Leventritt Silver Ribbon Pairs. He had seven second-place finishes in national-level contests.

In volunteer capacities, Cappelletti served on the ACBL Board of Governors and the National Appeals Committee. He is a past president of the Mid-Atlantic Bridge Conference and the Washington Bridge League.

Cappelletti was also a world-class poker player, and was especially knowledgeable about the variant called Omaha poker. He was a columnist for The Card Player magazine for many years.

A full obituary will appear in the January issue of the Bridge Bulletin. 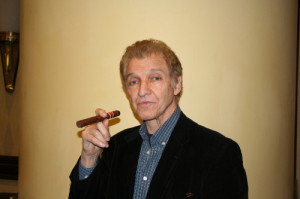